Clearing up confusion about amalgam removal in the Melbourne area

Amalgam fillings were once a standard dental treatment. More recently they have fallen out of favour. Alternative materials such as porcelain or composite resin look natural and do not contain mercury. They often require less alteration to the tooth. Many patients that need a new filling are looking for materials that are biocompatible. However, the decision can be more challenging for those who already have amalgam fillings. 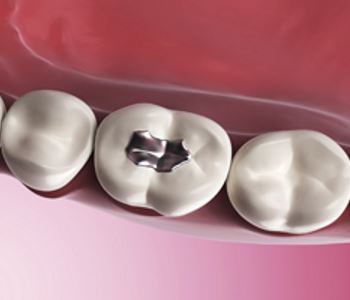 The precise amount of mercury vapour released by “silver” fillings, the percentage of it that enters the body, and the impact it may have on health, are at the heart of the amalgam debate. However there is general agreement about two facts. The first is that amalgam fillings do release some mercury vapour on an ongoing basis. The second is that the amount of vapour, as well as particulate matter caused during placement or removal of amalgam is dramatically higher than the daily release of an undisturbed filling.

Isn’t there a better solution? Yes! That solution is a special amalgam removal protocol, which was developed by the International Academy of Oral Medicine and Toxicology. It involves steps to reduce mercury emissions as well as protect the patient, dental team, and the environment.

This protocol allows us to remove amalgam fillings safely. The fillings are then replaced with cosmetic, biocompatible materials, for a dazzling and healthy smile. We are proud to use a strict mercury-safe protocol at both of our Melbourne area offices. If you are considering getting the mercury out of your mouth, call us on 03 8400 4104 (Moonee Ponds) or 03 8001 6021 (Sunbury).

Back to Safe Amalgam Removal Page

Why Choose Smile In Style
For the latest techniques in dentistry


Throughout our site, you will find valuable information about our services that will help you get to know us better. It is our mission to create beautiful white healthy smiles using the latest technologies. Our experienced Dentists and staff aim for lifelong relationships with our patients, providing relevant dental education and continual care throughout life. Here, you can learn more about the various dental conditions that may develop and the ways in which we treat them.
Some of the services you can expect to find at Smile in Style include: Our goal is to work together with you to achieve your healthiest, most attractive smile, whilst ensuring your comfort and satisfaction.